I believe that there are few parks, if any that have produced more award-winning images that the Kalahari Transfrontier Park in South Africa. This, the first cross border, transfrontier park together with Botswana’s Kalahari National Park encompass more than 3.8 million hectares! That is twice the size of Kruger National Park, or the Serengeti! Camps are situated far from one another and it has a wonderful wilderness feel far away from any civilization.

Our dedicated photographic safari focused solely on this region and split into two venues. The first being the Transfrontier park itself where we stayed at the wild and unfenced Kalahari Tented Camp after which we moved on to the exquisite 100 000 hectare Tswalu Kalahari Reserve.

November marks the start of spring in Southern Africa and , provided one can handle a bit if heat is arguably the best time of year to travel to the Kalahari. The Auob fossil river bed is a norrow but beautifully scenic river bed. Riverbed is a misnomer so do not expect a lush riparian forest surrounding its banks. The river only flows every hundred years or so, but the ancient Camelthorns and hight dunes make this a photographers paradise.

In addition to photographing numerous Spotted Eagle-owl chicks, (now half-grown) we also found a tiny Pearl-spotted Owlet nesting in a hole in a Camelthorn Tree.

While our aim was not necessary to focus all our energy on the big cats, close-up sightings were frequent and delivered many a photographic opportunity.

Babies are of course super little subjects and we found no less than three active Cape Fox dens, all of which having boisterous little ones present and providing endless hours of observation and photography. The best surprise was left for the last night when we located an African Wildcat den with mom and two kittens is attendance. 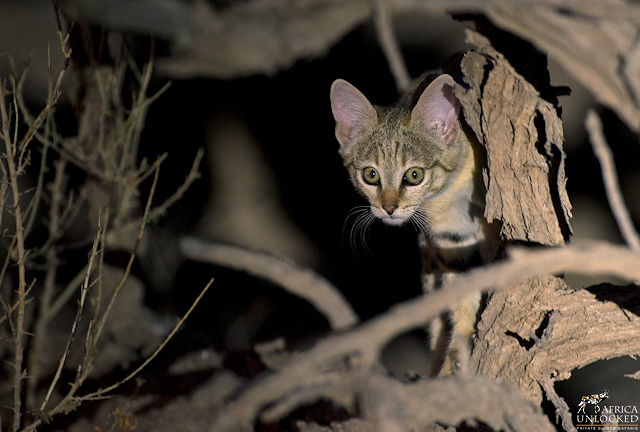 Spring, being the time of new life holds the exact same promise for predators and prey alike. Although it saddens one to see a newborn youngster die at the jaws of a carnivore it’s a stern reminder of the reality of making a living in this harsh paradise. 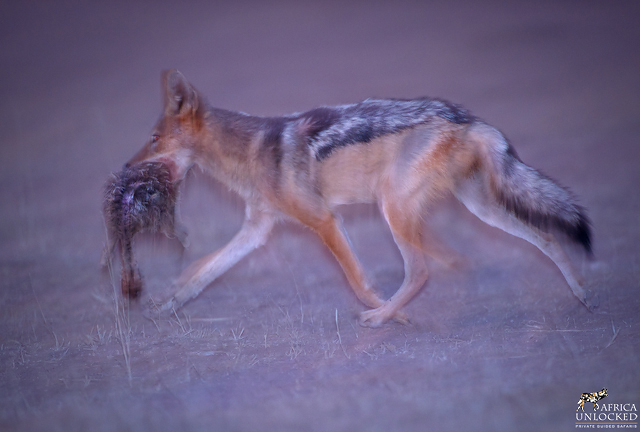 Making our way back to camp late one afternoon, thinking all photo opportunities have been depleted, an unusual form made a crepuscular appearance. At the edge of our vision where the approaching night meets the last remnant of daylight a Black-backed Jackal was running with a lifeless Ostrich chick dangling from its faintly blooded jaws. Sad as it seems, in all likeliness the jackal has its own pups to feed and the unlucky Ostrich chick will be readily accepted by hungry young jackals waiting at the den.


The five days here flew past way too soon but thankfully there was still Tswalu!!!

Enquire about your own dedicated photographic safari here.

Posted by Africa Unlocked at 1:37 AM No comments: