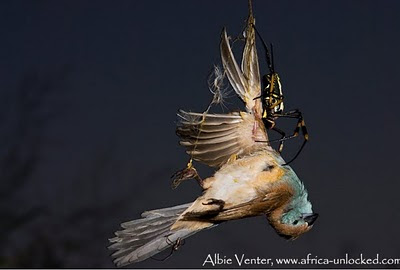 An incredible sighting we had a while ago of some very rarely seen predation. Although it is known that small birds can get stuck in the webs of the Golden Orb web spider I cannot find any confirmed report that the spider actually fed on it. We found this freshly dead little Blue Waxbill one evening entangled in the web of the Spider and was astounded to see the large female actually bite into the wing of the bird and proceed to feed on it. 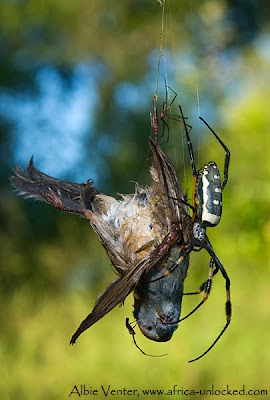 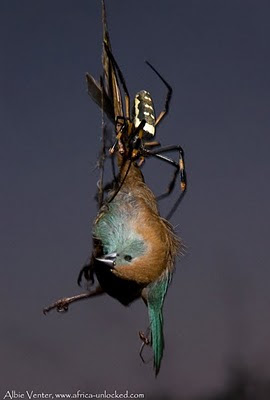 As a photographer I always try to capture the mood of events and try to steer away from just straight forward documentation. In this instance I photographed against the greying sky while using a slow shutter speed to enhance the sinister mood of the events. The flash was held off camera as always to increase detail.
Posted by Africa Unlocked at 9:51 PM