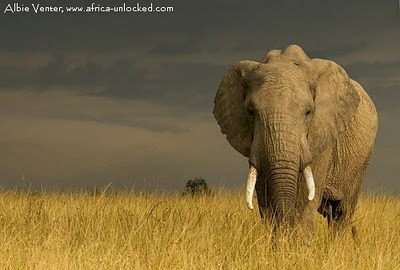 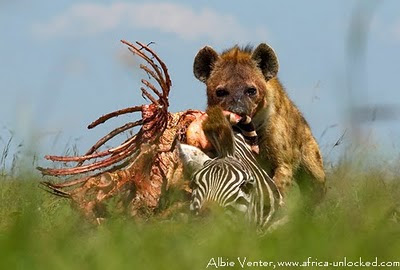 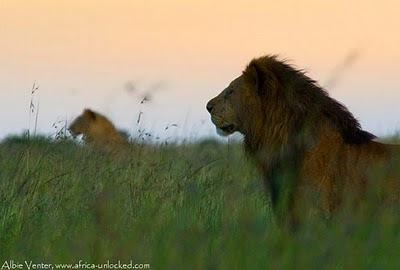 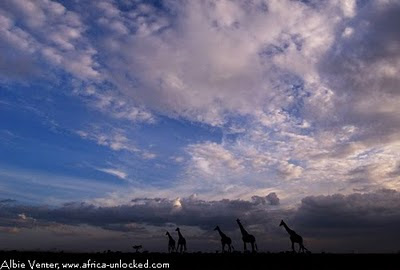 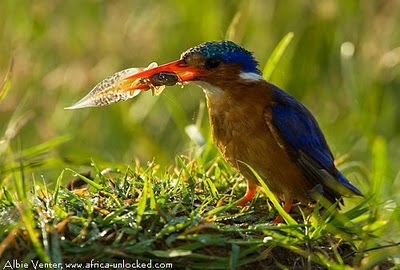 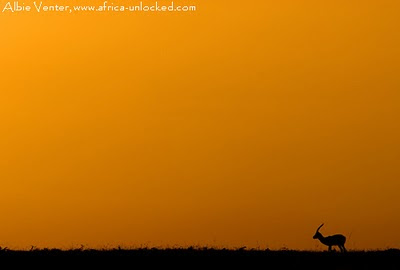 Cloak of concealment.
With its fantastic light, uncluttered backgrounds, and subjects of every conceivable shape and size the Mara must rate as one of the best wildlife photographic destinations on earth. Add the perpetual dust kicked up by millions of hooves you have a natural photo filter more often imitated these days in photoshop. A lone Thompson’s gazelle salutes the breaking day as darkness retreats, dragging her cloak of concealment away from the numerous predators.
Posted by Africa Unlocked at 5:36 AM

As usual, stunning photographs and vivid descriptions Albie...your elephant photo is off the wall, especially with the way it mirrors the environment as you mentioned. One day I hope to be able to visit these ancient meccas of wildlife before it all disappears.