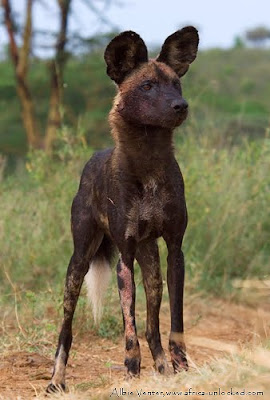 Portrait of a wilddog.
After spending more than a decade in the bush and hardly having seen these animals, let alone photograph them, it was indeed a privilege to get to know Africa's second most endangered carnivore. These highly social carnivores never fail to impress and must rate as the most interesting of animals to view. It was quite a surprize to know that after all the publicity they have received over the past few years many if not most tourists were hardly aware of them. Many thought that they were mere feral dogs from the neighboring village quite likely as a result of them being referred to as "dogs". Anyway we did manage to swing that opinion. Below a few pics from Northern Kenya. 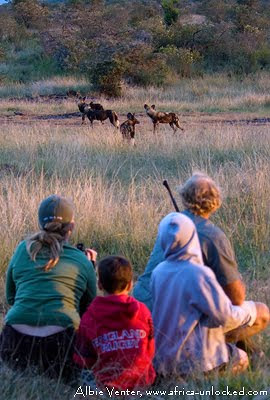 We often had sightings on foot. 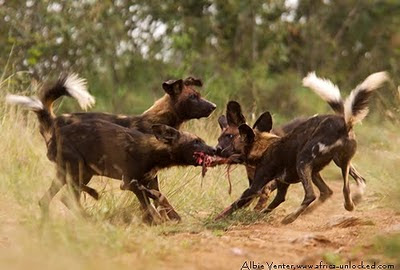 To view the drama of a kill from below eye level at ten metres is just surreal. 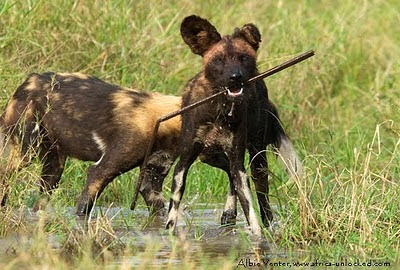 Posted by Africa Unlocked at 7:41 AM