Mashatu Game reserve in Botswana’s Tuli block has certainly established itself firmly as one of southern Africa’s premier wildlife photography hotspots, notably so for its predator photography.

Although situated in Botswana it is very easily accessed from South Africa and thus forms part of the South African safari circuit rather than the well known northern Botswana Okavango and Makgadigadi circuit.  The open terrain, relaxed and abundance of wildlife and not least, fantastic local guides make this certainly a worthwhile destination.

As mentioned the area is superb for predator photography and as such we focused (excuse the pun) on leopard, cheetah and lion. Leopard was sighted every day and a female Cheetah with four sub-adult cubs provided us with more than enough predator excitement. So much that we actually opted out of a promising Cheetah sighting one afternoon for … BABOONS! Now don’t get me wrong – I don’t have anything against these primates but living in Africa, baboons can often be a problem and cause havoc. As a result most South Africans have a slight warped view of Baboons. But the baboon session turned out very rewarding and I am happy to say I am a converted Baboon fan. 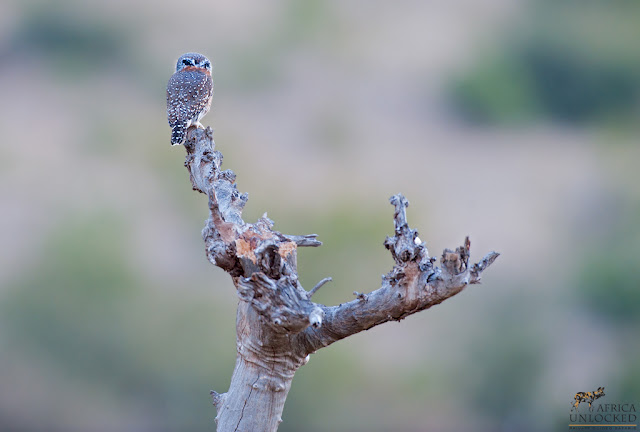 Next stop was the Blyde river Canyon. Over the past few years we have developed a great and exclusive product well away from the main tourist route. Although we still visit the well-known sites such along the panorama route (there is a reason why it is word renowned after-all) we make a point to get into the hidden corners of the mountains.

Photographers have a field day especially when interested in landscape photography. Compared to the fast paced wildlife of Mashatu the more serene pace of landscaping adds great photographic variety to a trip.

Then it was back to the wild again. Ngala Game Reserve, A premier and exclusive concession adjoining Kruger was our last stop. 15 000 unfenced hectares adjoining a 70 000 hectare Kruger wilderness concession with unhindered traversing! Yet as always, the proof is in the wildlife, which did not disappoint. Leopard, White-Rhino and African Wilddog on the first afternoon alone was a prelude to what was coming.

Some scenes are better captured n motion rather than on a still photograph. Apex action on our final night as a group of around 15 Hyenas surround and mob and an old male lion with deafening sounds. The red color is a result of a filter that is used that limits disturbance to nocturnal animals.

Finally - A word from the guest book:


“We hardly know where to begin to thank you for such an extraordinary experience. We will be home with amazing memories, a decent photo or two, but most of all a new dear friend” D.&A. S. – Santa Barbara, USA.
Posted by Africa Unlocked at 12:12 AM No comments:

Hundreds of thousands of butterflies greeted us upon arrival at Kibale. A mass emergence of tree-nymph butterflies scattered the roads and forest edges in almost unimaginable numbers. Amongst them were swallowtails, gliders and emperors of every imaginable coloration.

At Kibale one gets the unique chance to explore one of  Africa's equatorial forests at night. After arriving at Primate Lodge, the only lodge situated within the forest, we decided on an early dinner  and a night walk. This unique experience offers guests the chance to see some of the unique forest night life such as three species of galagos or bushbabies, the strange Potto, a host of nocturnal insects, amphibians and reptiles which occurs in the forest. Our night walk did not disappoint as we encountered Thomas’s bushbaby – a first for me as well as the very secretive and rarely seen Potto., a rare nocturnal primate, related to bushbabies. In addition, a host of vibrant invertebrate life allowed for great nighttime images, sharpening our skills at macro photography.

The next day it was off to the full day Chimpanzee habituation experience or CHEX. In general guests are only allowed one hour with the chimps but when signing up for CHEX one is afforded an entire day with the chimps where you get the chance to follow the chimps throughout the course of their day. And what a remarkable day it was. We encountered the chimps shortly after they woke and spent the next few hours as peripheral members of the troop.

Spending a significant amount of time with them is very relaxing, as one doesn’t feel the frantic pressure to make the most of your time when only having an hour.  The local guides literally knows each individual chimp by name and offered wonderful insights into the family groupings, social structures and even politics of the respective animals.

Forest photography can be very challenging. Firstly, ones view is often obstructed by vegetation or the action happen twenty meters up in the forest canopy. Personal movement is also limited due to the dense bush. But the most challenging obstacle is the severe low light. Even when the sun is shining, only the last bits of light reach the forest floor. Combining the high ISO capabilities of most modern cameras as well as the odd photographic technique goes a long way to get great images.

The trick is to capture the dappled forest scene effectively and not make each image look like its taken in a studio. Sufficient time allowed more than ample practice capturing the essence of the chimps in their forest habitat.

Posted by Africa Unlocked at 1:02 AM 3 comments:

The flight into Entebbe was an unexpected surprise. For some reason the pilot descended quite low over lake Victoria revealing the lake islands with its fishing communities and seemingly lost fishing boats on the vast expanse of the lake.  After effortless custom procedures, courtesy of Premier Safaris, we proceeded to the Boma Guest house only minutes from the airport where safari guests met up at dinner.

Uganda is a fresh, wonderful, clean and friendly destination with some of Africa's most surpizing experiences. It is fast becoming my favorite safari country. A true Ugandan welcome the next morning during breakfast by the likes of Great Blue Turaco, Black and White Casqued Hornbills, Black-headed Gonolek, Splendid Glossy Starlings and even a trio of Ross's Turacos made us all feel very welcome to this verdant country. Rejuvenated we took on the road to our first destination, Murchison falls National Park in the west of the country. After negotiating the back roads of Kampala we  eventually turned onto the superb roads leading past emerald landscapes to the northern sector of the Albertine or Western Rift Valley. Just before the park the road leads through Budongo Forest, this alone being worth the trek. Myriads of butterflies darted across the dirt road leading through the untouched forest while secretive forest birds (most unfortunately unidentified) darted across our path. This forest alone is worth a few days exploring but our itinerary only allowed brief stops.

The short detour to the top of Murchison falls is really worth the effort as the White Nile River, (yes the one of legend and myth) passes through the seven meter gap and plummets angrily into the valley 45 meters below. Undeniably one of Africa’s most spectacular places.  One has to cross to the northern bank by  ferry. Getting to this point and seeing the vast river only emphasize the extent of the falls. While not the highest in Africa by any stretch, the mere fact that this huge volume has to squeeze through a narrow gap of only seven meters baffles the mind.

Murchison Falls is certainly now my “flavor of the month”. The first game drive revealed Hippo returning to their watry beds, Patas Monkey (a new species for all of us), dozens of Oribi, Buffalo, Rothchilds Giraffe, Uganda Kob and a host of others. But top of the list must be the birds. Murchison is one of the best places to see the enigmatic Shoebill and our first morning produced two individual sightings as well as Abysinian Ground hornbill and a glut of other avian jewels too many to mention.

In the afternoon we found ourselves ploughing our way upstream against the current past herds of Elephant amongst the pristine riverine forests. Ubiquitous herds of Hippo are scattered throughout although seeing some of the monster crocs proved more difficult than anticipated. An interesting stop was at the red – throated bee-eater colony. Although common with the park these resplendent birds are a Murchison-Falls special and it was great getting close up views and pics of them. 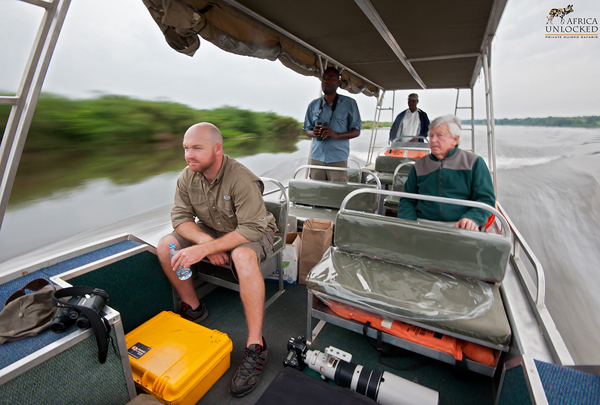 The following morning had us heading downstream towards the delta where the Nile enters Lake Albert. Up until this point this section of the White Nile is known as the Victoria Nile. Once it leaves Lake Albert is is known as the Albert Nile. Top of our hit-list was close up images of Uganda’s prime  avian resident – Shoebill stork.

And the combination of great local knowledge (and incredible eyesight) from Eric our premier Safaris guide and the boating skills of James who navigated the shallow side channels resulted in more than frame filling images of one of the worlds most bizarre looking and most sought after birds. I would like to think that the above image would go some way toward illustrating our total awe at this sighting.

The big cats eluded us thus far though so our last game drive was aimed at finding the big cats. One can be forgiven for thinking Uganda is not a predator destination, yet surprisingly some of the Parks, including Murchison offers great predator viewing.


Mission accomplished as we encountered two adult lionesses and six cubs on our last drive, again in the most brilliant green scenery an out in the open – posing beautifully for photographs.

Murchison falls national park is wild, big and offers some of the most diverse habitats and activities within a short distance. Dedicated birders, specialist wildlife enthusiast, wildlife photographer or even fisherman. Its all there. Now off to Kibale.
Posted by Africa Unlocked at 1:10 AM 1 comment: