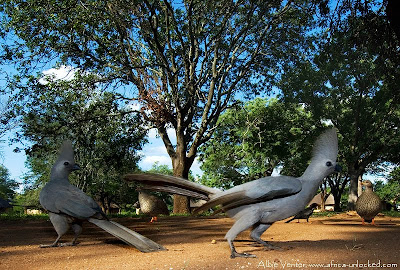 I recently spent two days in Satara Camp in the Kruger National Park. For a change there was no work involved so I decided to take it easy and just enjoy the park with a friend. Probably a good bet as the park received unusually high rainfall over the past few weeks and as a result the bush was incredibly dense and subsequently yielded very few photographable subjects. 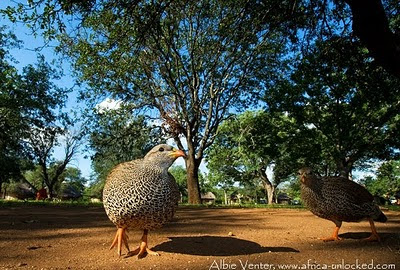 Natal Francolin pair approaching the lens.
Just for the fun we whipped out the cameras one afternoon before the actual game drive and played around with the birds in camp. The fact that they are so habituated made it possible to shoot them at point blank range with wide angles. At times the birds were literally only centimetres away from the lens. 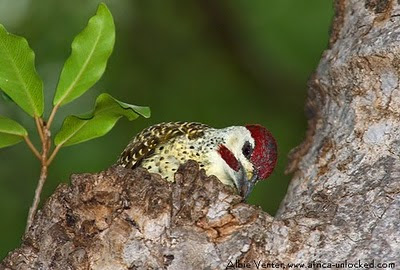 Birding in camp is very productive and in addition to Gabar Goshawk, little Sparrowhawk and Verraux’s eagle owl, surprizingly this Bennet’s Woodpecker also joined the crowds. 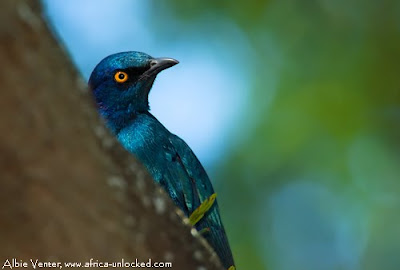 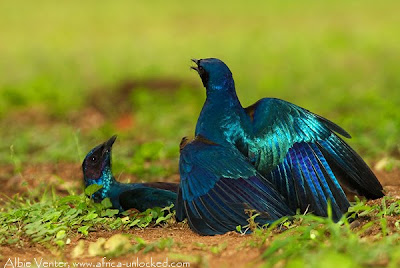 Some actions as two Burchell's starlings quarrel over something unknown to us.

Posted by Africa Unlocked at 6:00 AM

The go away birds are briliant! Nice, unique images.