Over the past two years I have been fortunate to spend some time in Laikipia’s Western regions and have really come to like the area a lot. Except for hosting the big five (reputedly second largest Elephant herd after Tsavo) its also home to a wide variety of other unique wildlife. Sosian, the area where I work has no fences and are thus open all the way to the ! Add the fact that the total area encompasses more than a million hectares easily places it firmly in the league of best wilderness areas in .


A wide variety of animals such as this Reticulated Giraffe and Grevy’s zebra are only found in . Only 3000 of these animals are left in the wild and about 30 % are found in Laikipia.


A great albeit unusual sighting of Beisa Oryx in dense mist on the plateaux.


A healthy population of ’s second most endangered carnivore, African Wilddogs occur and play a very important role in repopulating the region. I focussed a lot on these animals and have been very fortunate to document their breeding cycle. On the last trip they were denning and it was very special getting the first glimpses of the pups.


On the topic of predators, except for all the big and small cats the very elusive Striped Hyena are found and we were very fortunate to photograph these highly evasive animals at a den.

For Birders the variety is mind boggling as the northern species is well represented. More to follow later.

Searching out the reptiles and amphibians of an area adds another dimension to any safari as it opens up a hidden but very interesting world. 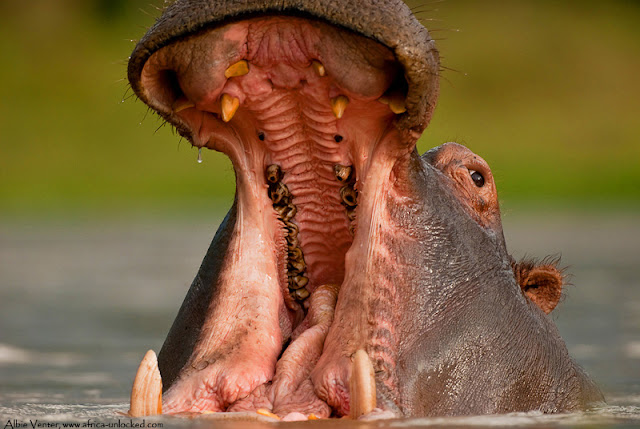 I’ll leave you with what guests David and Robin Reid had to say about a few days spent in this remarkable place:
Robin and I are safely back in . We really enjoyed spending time with you. Sosian was a real surprise in terms of the photographic opportunities. That experience lying on the ground with an inquisitive wild dog less than 10 metres away was really special. We are also still amazed to have been able to photograph a striped hyena.We will definitely be back again next year in early January.

Posted by Africa Unlocked at 11:40 PM