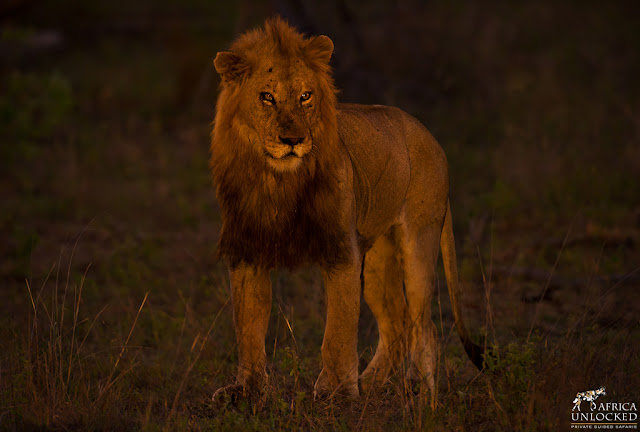 After Mashatu and Tanda Tula it was off to Mala Mala, our last destination of the safari. This was my very first time at Mala Mala and, due to a reputation I can recall since childhood I arrived with high expectations. Let me cut to the chase immediately: It did not disappoint!!

22 Kilometers of Sandriver frontage on both sides and 14 500 hectares of pristine wilderness adjoining directly onto Kruger makes for some exceptional game-viewing. This all is accessed exclusively by Mala Mala guests. The reserve is also South Africa's oldest private game reserve and its reputation as one of the wolds best game viewing areas is as firmly established now as in the 60's when it was established.


Even though the cloudy conditions during the first few days dampened the photographic opportunities a bit, the incredible wildlife sightings more than made up for it. Its as everything is in overdrive. You don't just see Spotted Hyena's pacing along. They either finish off a Kudu kill or harass a leopard on a kill in a tree.

The upside of the overcats conditions and short rain showers is that the animals just come alive after the first rains - A young elephant in a joyful mood shortly after a rain shower.


In between all the action, a host of otehr species provide ample additional viewing.

Always a highlight with me are African Hunting Dogs. We found this pack late one afternoon finishing off a Nyala kill. Six adults and 12 puppies in total. Again the light was quite difficult to photograph in but the mere fact that one can spend hours with one of Africa's most endangered and rare carnivore is a huge privilege.


This Spotted Hyena was part of a group of four who circled a female leopard protecting her impala kill on a rock.  As night fell, patience started running out and they stared investigating thing closer, which fortunately for un included the vehicle.

African Wilddogs are easily some of the most entertaining animals to observe. They always seem to do something. Here is a short clip to show just how active they are.

We also had great interaction between a mating pair of lion. This male, not wanting to loose sight of the female followed her closely. At times she just had enough!!

Yet another crazy sighting. A leopard guarding her kill (in the yellow spotlight on the left of the image) while a spotted hyena circles the scene in anticipation.

At the end of the safari the total amounted great lion sightings, no less that 13 individual leopard which we saw on several occasions, Cheetah, countless Elephant and Buffalo 38 additional species of mammals and superb birds, many of which just arrived back in the southern hemisphere for our summer.

Posted by Africa Unlocked at 10:58 PM